14 The Most Attractive Places On Samoeng Loop In 2022

The Samoeng loop, like most routes in Northern Thailand, starts and ends in Chiang Mai and takes you around Doi Suthep and through the Samoeng forest. Samoeng Loop offers rich opportunities for riders who want to have a lot of great experience throughout the day. The traveler on this Chiang Mai loop will be left with an authentic taste of Thailand’s nature, animal kingdom, and cultural heritage. Travelers tend to use motorcycles for this journey as it is about 100km and is the easiest way to get around, plus it typically takes about a day to finish the Samoeng Loop and the Mae Sae Valley.

If you are interested in a multi-days trip, then check out Mae Hong Son Loop or Chiang Rai travel guides. 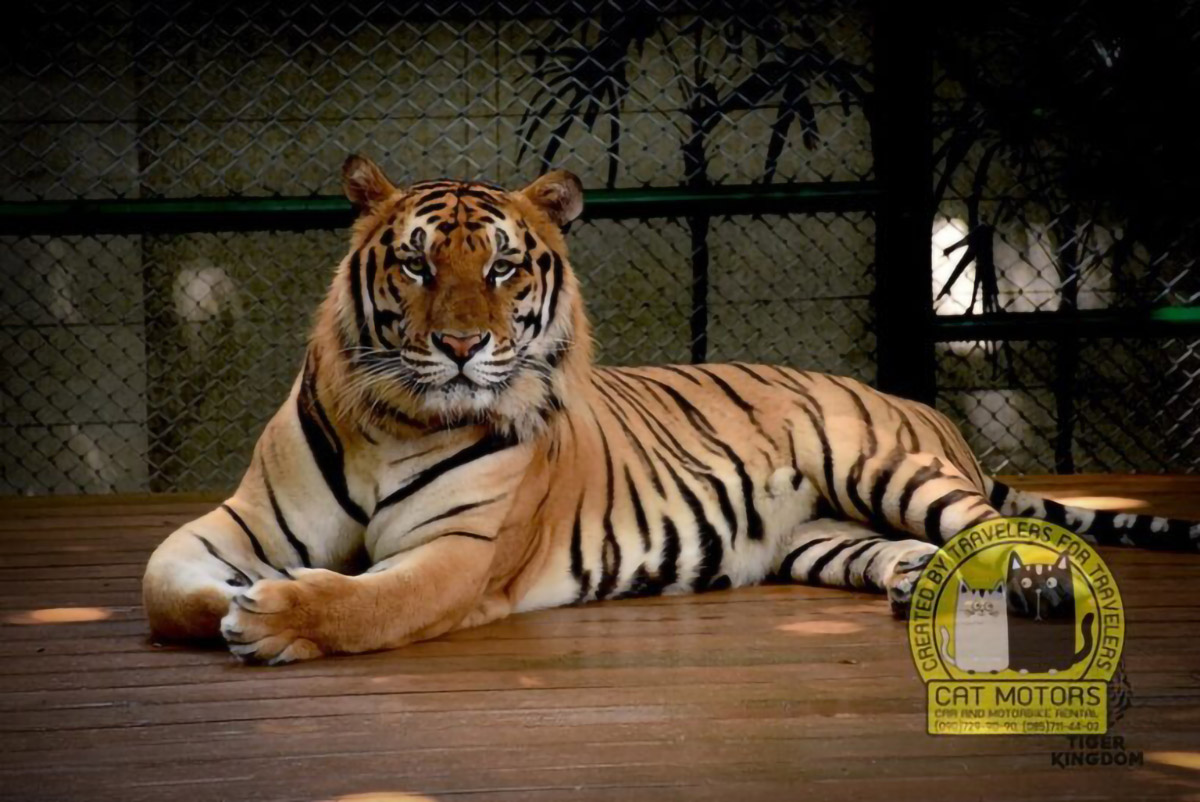 The first stop along the Samoeng Loop is the Tiger Kingdom in Chiang Mai! The first Tiger Kingdom branch being located in Chiang Mai and the second branch located in Phuket. The zoo was started in 2008 when an Australian traveler asked to be closer to the big cats and since then, the site has become a safe place where travelers can go and interact with the big cats of the animal kingdom. Depending on how brave the traveler is, there are different ticketed prices depending on the size of the cat the traveler would like to interact with.

Another interesting part of the Tiger Kingdom is that they conduct classes, seminars, and lectures that are open to tourists and locals that talk about understanding their needs and their importance in the animal kingdom. A lot of the tourists can also pay to take close up photographs with the tigers, but depending on the age and size of the tiger, the price and time slot varies. The Mae Sa Valley has one main road that goes through it connecting Chiang Mai to the town of Samoeng. The valley is one of the key attractions along the Samoeng Loop for being heavily forested and including some of the most spectacular views. The valley is heaven for anybody who loves to be one with nature and enjoys being among the green.

The Queen Sirikit Botanical Garden is situated in the Mae Sa Valley along with one of the largest Elephant camps in the world. The Elephant camp is called Mae Sa Elephant camp and gets quite a few tourists every year. The valley, other than being known for its outstanding beauty is famous for adventure sports including; ATV vehicles, bamboo river rafting, etc. The Mae Sa Waterfall is one of Northern Thailand’s treasures. It is an impressive ten-step waterfall that covers a very large area. The waterfall is set in the rain-forest and is a little walk away from the main roads of Mae Sa Valley.

The Mae Sa Waterfall is one of the most visited waterfalls in Chiang Mai and is supposedly one of the prettiest too! Being about a twenty-minute drive from Chiang Mai it’s not visible from the main road, but there are many signposts that show you the way to the waterfall. There is a well laid out path that will take you right up to the top of the waterfall and it also has many treks in and around it.

At the foot of the waterfall there are some pools that you can swim in, but be warned that this waterfall is very popular and can get pretty crowded during the high season. To get away from the crowd, however, you can trek up to the fifth or sixth level of the waterfall where you find find less people. The Queen Sirikit Botanical Garden was first opened in 1993 and is located in the Mae Rim Region. The Mae Rim Region borders the Doi Suthep-Pui National Park of which much of the botanical garden lies within. Anyone who appreciates horticulture must visit the site along the loop and Samoeng town.

The Garden was named after Queen Sirikit herself for having such a fond interest in flowering plants. It hosts an assortment of unique flora and fauna species indigenous to Thailand. The area of the Queen Sirikit Garden is used for scientific experiments and conservation, plus, it’s also part of the Royal Project to help farmers and planters find alternatives to the usual crop of the area.

Click on a map of the Queen Sirikit Botanical Gardens and it will open in high resolution in a new window. Mon Cham is a place with a magnificent panoramic view that opens from a hilly ridge, which is located a little away from the main route. This place on the Samoeng Loop is very popular with local tourists, especially at weekends.

Be prepared for the fact that in this place you will find many souvenir shops, but you won’t be able to eat or buy a bottle of water here since the cafe located on the top of the mountain range works according to an unknown schedule. The number of tourists does not matter. For example, one day I arrived here at noon. There were around 60-70 tourists at the place, but on a sign hanging on a bamboo door it was written: Today we will open at 5 pm. The Samoeng Forest viewpoint is located at a high point between two mountains, and from the viewpoint, there is a beautiful view of the forest cascading off the mountainsides. It offers the best views during the Thai rainy season along with birds-eye views of the forest, which makes it an amazing place to take envy-worthy pictures. There is a couple of local food-bike near the viewpoint. A nice place to take a break before finishing the rest of your journey. Thailand, especially its northern regions, is known for its many caves and cavities. Mae Sap Cave is another place in the long list that Thailand has to offer to speleologists and cave lovers. This unique network of caves is located in Khun Khan National Park in Samoeng district.

The caves have a large number of stalactite and stalagmite formations inside that reflect from the light through the day that the cave is colored in a pristine blue hue. These formations make for many very interesting pictures.

Keep in mind that it is very easy to get lost in cave networks and it is always a good idea to go in groups or with a guide. Make sure that you are wearing appropriate footwear while venturing into parts of the cave. The Wat Phra That Doi Kham has a central stupa that is 17 meters high, made of gold which includes a large number of intricate carvings on it all of which being surrounded by a couple of brown roofed structures known as meditation halls. The biggest attraction of the Temple is the sitting Buddha statue at the entrance, while also boasting other smaller statues in front of it, each one being an exquisite work of art. The temple is lesser known amongst tourists which makes it quite peaceful. This temple, like most temples in Thailand, is situated on a hillock and provides a beautiful view of the surrounding areas.

While making a trip to the temple make sure that you are modestly dressed and covered as this is a place of pilgrimage and is one of Thailand’s most sacred sites for Buddhism. How long is the Samoeng Loop?

The length of the Samoeng loop is about 150 kilometers. Together with sightseeing, rest, breakfast, and lunch, you can cover it in about 6-8 hours if you take your time.

What is there to do in Samoeng Loop?

Even though it’s a day trip, you’ll find a variety of activities there. Tiger Zoo, caves, botanical gardens, waterfalls, view points with spectacular mountain views, an ancient temple, and even a water park in the Grand Canyon. In addition to the attractions listed in our guidebook, you will also find dozens of other places to visit. But we have listed the main ones.

Can I bicycle around the Samoeng loop?

The Samoeng Loop is a very popular route among cyclists. The loop has mostly flat roads, but near the end there are some steep roads that can be difficult for a bicycle. Therefore, when renting a bicycle from Chiang Mai rental companies, choose a more reliable means of transportation. But the easiest and least time-consuming way to get around this route is by motorcycle or car.

Clockwise or Counter-Clockwise? Which is better?

Where can I stay if I'm visiting Samoeng with my family?

If you want to not just drive the Samoeng Loop, but also stay there for a few days among the hills of Northern Thailand and pristine nature, we recommend the following accommodations: Panviman Chiang Mai Spa Resort, Veranda High Resort Chiang Mai, Proud Phu Fah Resort, Mae Sa Valley Garden Resort and Craft Village, Belle Villa Resort Chiang Mai. Among these hotels and resorts you will find expensive 5-star accommodations as well as more budget ones. But all of them without exception are good.

Some of these accommodations are not in Samoeeng but in the suburbs of Chiang Mai, but nevertheless it is very easy to get from them to the place of interest in Samoeeng district.

Where can I stay with my pet in Samoeng?

Unfortunately, the pandemic has taken its toll on the travel industry, and many of the guest houses and resorts where you could previously stay with your pet have closed, including due to bankruptcy. For a current list of pet-friendly accommodations, it’s best to check the current list on pet-friendly accommodation platforms, such as Hotels Combined. If you need help in choosing, feel free to ask us a question. 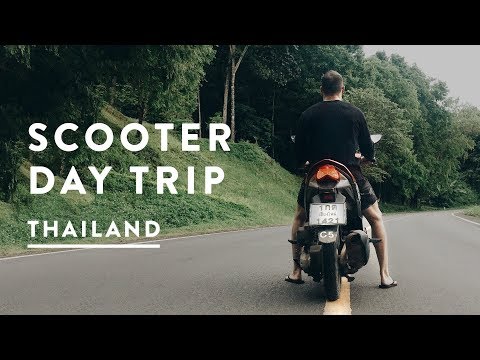 Before riding the Chiang Rai Loop, be sure to check our rental rates and read our motorcycle travel tips. You can contact us to book a motorbike on this page. See you! 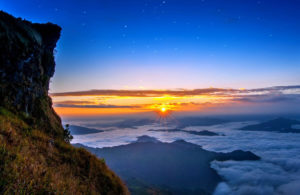 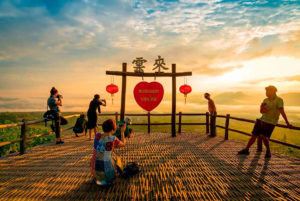